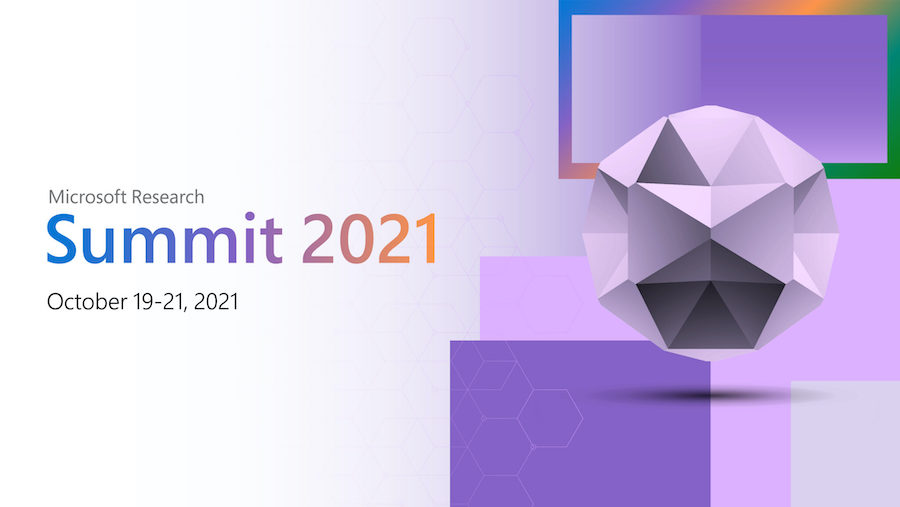 (How to) build technology for societal resilience

In October 2021, I was a panelist at the Microsoft Research Summit 2021, alongside senior cryptographers, architects, and engineers at Microsoft Research. We discussed our learnings building technology for the COVID-19 response (including SMART vaccine records, vaccine locator bots, and software for community health) with a goal towards reflecting on what is needed to build technology for society. Some of my remarks, particularly on the crucial role of social science in building technology for societal resilience, are transcribed and edited for clarity below. The full panel can be viewed here.

Can you tell us a little bit about the work that you've done with [Microsoft Reseearch] and some of what you've observed?

I was a qualitative researcher on the Project Resolve team. Over the past year, Microsoft Research built a team of qualitative researchers, designers, and engineers to collaborate with community-based organizations (CBOs) and community health workers (CHWs). CBOs are local non-profits (ranging from one to many employees), and the ones that we were working with were primarily within majority minority communities. Most of the people working for CBOs are CHWs and provide all kinds of services, such as food boxes, housing resources, and more recently, vaccine clinics.

Together, we are building a software tool for community health. Our team conducted close to 30 interviews and co-design sessions across 14 CBOs, and we have been liaising closely with the product and engineering teams. While Microsoft is supporting the project, as much as possible, the software and the development is led and owned by the CBOs themselves. This is the most important part of Project Resolve. In our teams' interviews with community health workers, they were astonished that we were even talking to them, let alone asking them to help drive the development of the software. They told us that they're used to people saying, "here, use this software," without ever asking for their input, and thus, the technology that they're given often doesn't work for them.

More broadly, technology is a powerful tool that can empower, but there are many organizations and communities, usually already under-resourced, that aren't being designed for. As we heard in our interviews, sometimes it is even worse when people who aren't from those organizations and communities, who don't look like them, who don't know their work, and who don't know their challenges, try to design software for them with false assumptions. To build technology for society, we need to truly design technology with diverse communities, not just those that are conveniently near engineering teams. That's what's at the core of what we're aspiring to do with Project Resolve.

I'd love to hear Katherine's perspective on how we've gone beyond typical ways of thinking about design and thinking about the way we build these things for these new scenarios and new audiences. Katherine?

Thanks Nathan. One thing I want to talk about is how we think differently about user research. In a typical software project, product managers might put screens in front of some customers. They might be people who are actually going to use the product or just people that are conveniently available to the product teams.

In Project Resolve, we are interviewing CHWs and at times we are showing them screens and asking for their feedback. But we're doing a lot more than that. Instead, our research team is borrowing from qualitative methods within the social sciences. We're asking questions, yes about the tech, but not just about the tech. We're also asking questions about the power structures and relationships in the community health space. In addition, some of my personal research over the last summer has involved thinking about new ways to collectively organize autonomous organizations around technology, borrowing from cooperative movements.

Let me make this more concrete with an example. In the community health world, power is very concentrated in large health systems, governments, and other funders. This power dynamic directly results in the technology that CBOs use. Often, CBOs have to balance many mandated data portals that don't allow the CBOs to retain their own data in useful ways.

For example, let's say CBOs organize a COVID-19 vaccine clinic. They might collect information at that event on paper forms and then at night, in their offices or in their homes, they'll type out that information from the paper forms into a state data portal. But CBOs don't have a way to keep and see the data that goes to the state, after the data has been entered. Instead, they're left with a stack of papers that's really hard wrangle. To be clear, technology itself can't solve social problems or rebalance power in favor of CBOs and local communities. But they can help create new relationships that help and empower those things.

How we are doing this in Project Resolve is building a tool that gives CBOs a home for their data, and eventually, we hope that this tool will allow CBOs to tell their story. Together with CBOs, we imagine a future where CBOs are able to sit at the table where policy and funding decisions are made because they can show that they have the most complete data and picture of what's going on in their communities, what they need, and why preventative care and addressing the social determinants of health is important and cost-effective.

Thinking back to the vaccine clinic example, what if instead of just giving over the data that the CBOs have to the state, they can put it into their own software and be able to run advanced data analytics. That way, they have a way of talking to funders and talking to governments about what they're seeing on the ground and what they know are happening, with evidence to back their knowledge up.

These learnings about how current relationships exist, and how might technology improve upon these relationships, would be difficult to uncover through traditional user research. It is these deeper conversations and leadership from within the CBOs that have made these things possible.

I know Katherine talked about [the themes of flexibility and simplicity] as well. Do you want to dig into that a little more?

What Christian and Josh talked about really highlights the importance of simplicity and flexibility. Of course, those two things are important in building software more generally, but they are especially important for building software for society. Because we don't only need to build software for one type of customer—a customer that has more resources, that has more time, and that is used to more technology. We need to also build for people that traditional software and traditional technology doesn't reach, we can't just exclude people and say that they're not our target customers or not our target users. That's what's really important about some of the work were doing at Project Resolve too, like how Christian and Josh are thinking about using paper and QR codes to make SMART Health Cards accessible to everyone.

Then I know that Project Resolve is really all about coalitions, Katherine, do you want to talk about that?

Like Josh and Nathan both mentioned, we're thinking about a lot of the same questions as we're open-sourcing our technology. For example, who might want to contribute to the project. But in addition, we're also thinking about how we can leverage this technology to build new coalitions. We're in the process of building a coalition among some of our CBOs partners. The leaders of these CBOs and this new coalition spoke previous to this panel. As Nathan mentioned, even if we open-source the code, a lot of the CBOs don't have IT departments to set up and maintain the software. We're thinking about how we can borrow ideas from co-op movements to be able to use technology as a lever to collectively organize CBOs and increase their power together. We're still trying to figure it out, but we're hoping to lay the foundation for this coalition work.

To close, what open questions do you see?

Taking a step back from software development, having been in both traditional tech roles and traditional social science roles, I've seen that technologists are often divorced from social scientists (and vice versa). I really hope that more social scientists are not only involved in tech research inside the academy, but also in building software, particularly for society. I hope we shared one way to overlap these fields, but I really hope to connect and hear about some of the other ways and ideas on how this overlap can be created.